As I noted in a previous article on the recently-released 2016 BP Statistical Review of World Energy, the world set a new all-time high for fossil fuel consumption in 2015. This was driven by new global consumption records for petroleum and natural gas.

However, global coal consumption did decline by 1% in 2015. In fact, 2015 marked the largest year-over-year decline in coal demand since 1965, the first year the BP Review began tracking energy statistics. 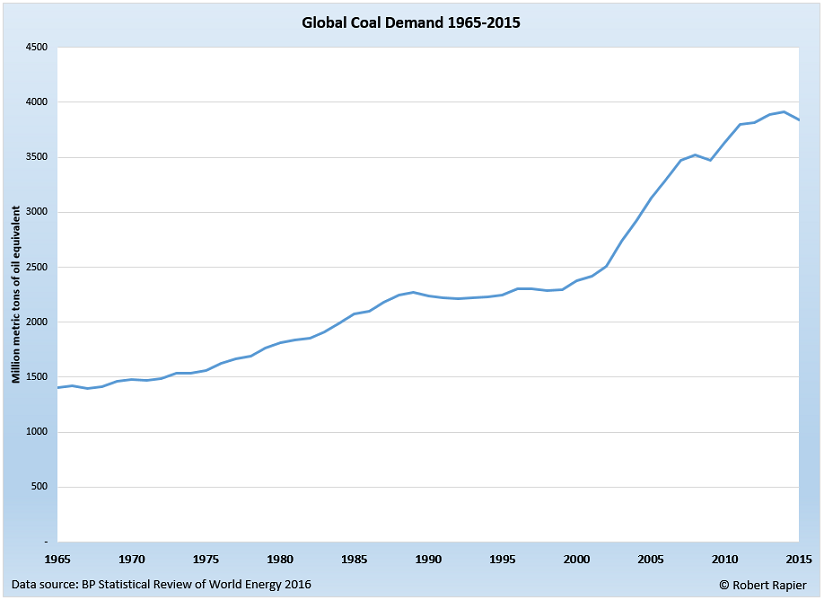 China remained the world’s largest producer and consumer of coal (50% of the global total), but China’s coal demand has now declined for two straight years. China’s 29 MMtoe demand decline in 2015 was the largest on record, and was the result of flat electrical demand, higher production of renewable power, an increase in natural gas consumption, and a huge increase in nuclear power (+29%) production. The U.S. has long been the world’s 2nd largest consumer of coal, but huge demand declines for coal last year — the largest in the world at 57 MMtoe — dropped the U.S. to 3rd place (now behind India) among the world’s coal consumers. 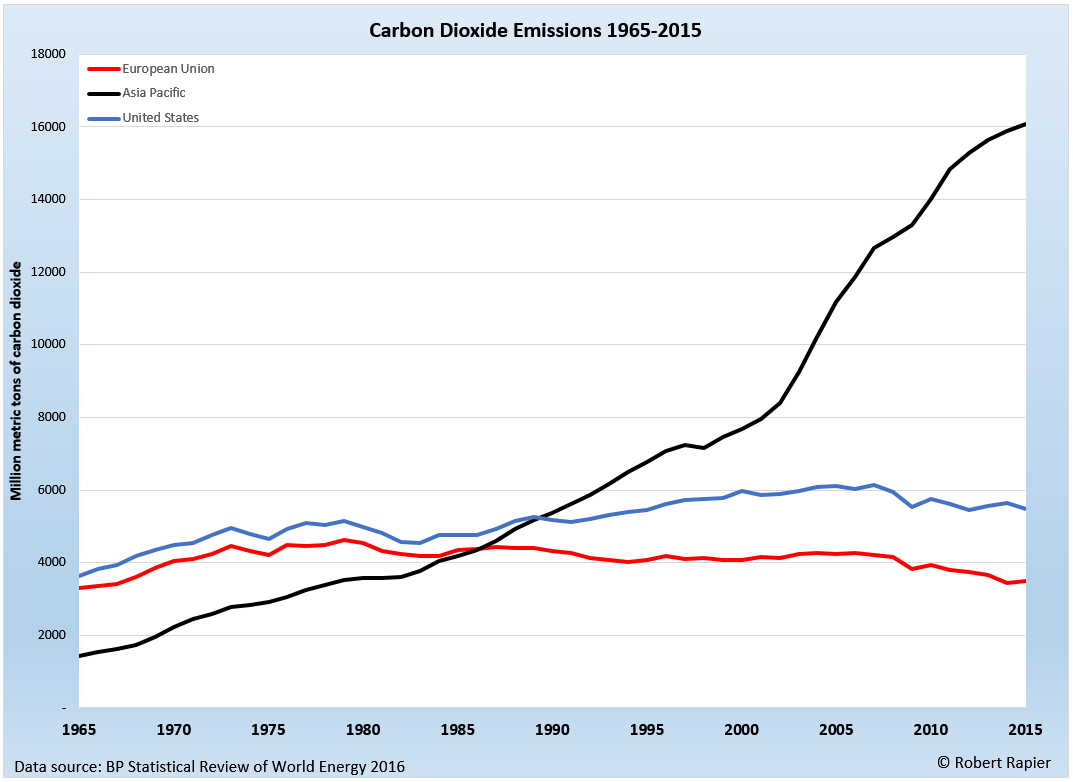 For the most recent 10-year period, U.S. emissions declined by 622 million tons. This represents a 10% decline in carbon dioxide emissions over that time period. Once more, the UK was in 2nd place for this time period with a decline of 139 million tons (down 24% over the decade). China led all countries with an increase of 3.1 billion tons, which represented a 51% increase in China’s carbon dioxide emissions over the past decade. India was again in 2nd place with a gain of 1.0 billion tons, but its growth rate for emissions was higher at 83% for the decade.

Why have U.S. emissions fallen so sharply? There are several factors. In 2015 overall demand for energy in the U.S. fell by 20 MMtoe. This consisted of a 57 MMtoe decline in coal demand, which was partially offset by a 14 MMtoe increase in oil demand and a 21 MMtoe increase in natural gas demand (which is in many cases directly replacing coal in the power sector). Renewables chipped in an additional 5 MMtoe of demand.  So, power companies switching from coal to natural gas made the single biggest contribution toward lower emissions in the U.S. in 2015, with lower overall consumption making the 2nd largest contribution.